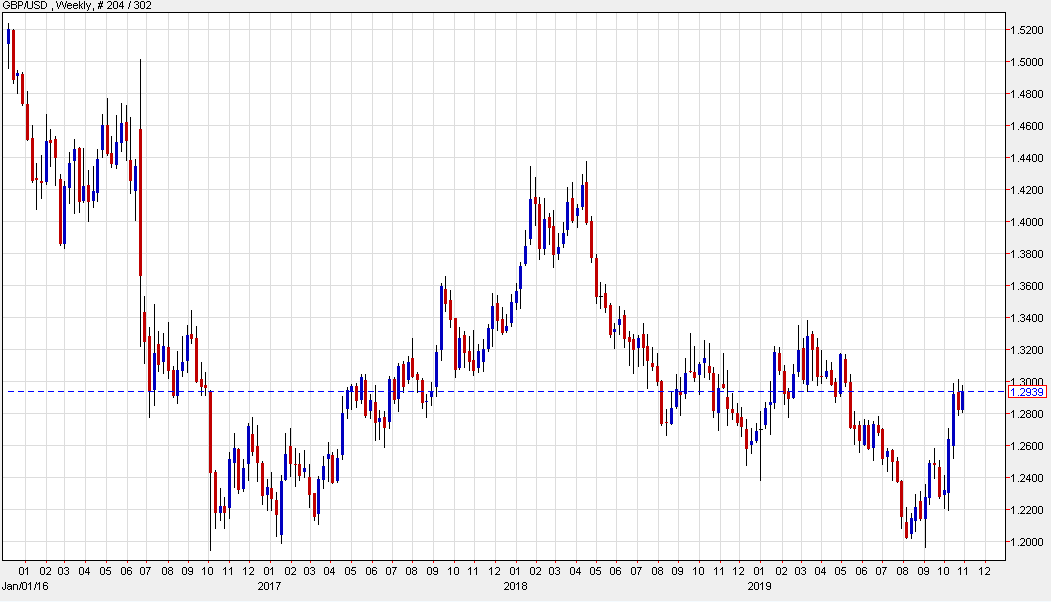 The election will take place on December 12

“Are we finally heading for some closure on phase 1 of Brexit? Possibly but not certainly. The House of Common‘s
last night authorised a 12 December UK general election. Assuming the
legislation passes through the House of Lords today then we examine the
economic impact of three scenarios for that election result:

“An unprecedented fourth general election in nine years provides a
large body of evidence on how FX markets are likely to react pre and
post the election. One unambiguous conclusion, and our preferred
way to express a view on GBP is to expect higher volatility over the
coming month in the run up to election day. We would caution in directional spot views
largely because the complacency in 2017 for a large Conservative
majority evaporated in the days leading up to polling day we do not
doubt that this could happen again and over the coming weeks, GBP
sensitivity to opinion polls is likely to increase.

For choice, we think GBPUSD could struggle to sustain a break above 1.30 in the run up to the election.
We would also caution that some of the traditional polling metrics such
as a party’s competence on running the economy or the NHS may not be as
relevant this time because of the focus on Brexit,” BofAML adds.

For bank trade ideas, check out eFX Plus.