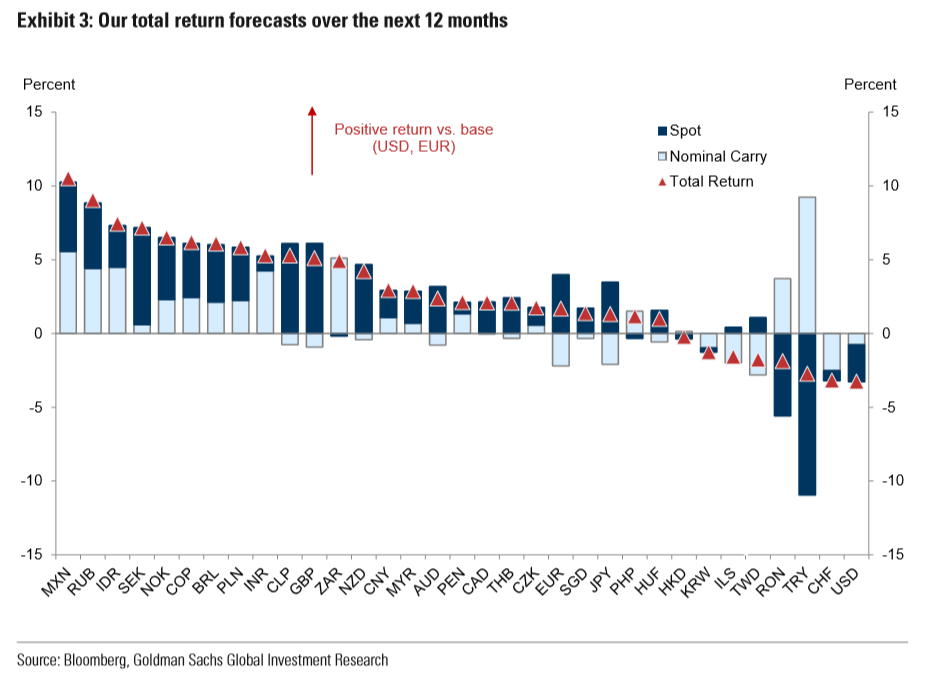 Goldman Sachs outlook for currencies in the year ahead

Some themes from Goldman Sachs’ 2020 outlook for currencies in 2020:

On the dollar, Goldman Sachs believes that strong domestic fundamentals will balance flows out of USD and into emerging market currencies on better global growth. They see a 1.5-2.0% drop in the dollar next year.

Risks to the dollar are arguably skewed to the downside, and we would pivot to a more bearish outlook if we were to see (i) a more robust recovery in the Euro Area, (ii) a bigger rollback of tariffs on China, and/or (iii) more rate cuts from the Fed.

On the euro, they note that their model shows the euro 15% undervalued and that positioning in shorts is overcrowded. However they aren’t confident that a turn is coming soon and forecast a rise to 1.15 in 12 months.

There have already been large inﬂows as the probability of a cliff edge exit diminished over the last couple months, but this has barely dented the overall picture of a material Sterling underweight

They highlight the flows with this chart: 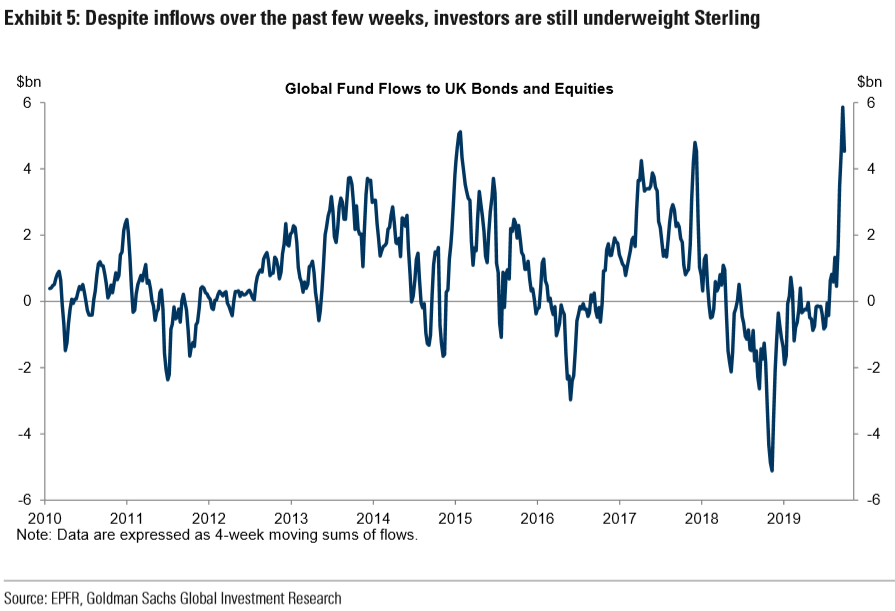 For the yen, they note that it has been the best performer in the past 12 months with a 3.7% return. For the year ahead they see another 1% but believe the yen makes for a great recession hedge. However for the next three months they see the yen underperforming as risk rallies on a China-US phase one deal.