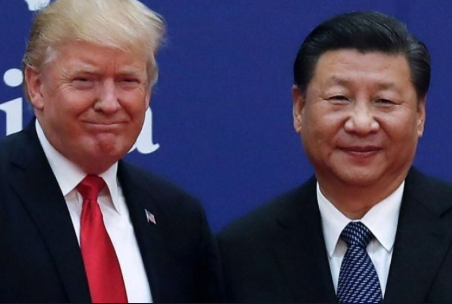 A report in the Washington Post is one of the things that’s weighing on risk assets at the moment.

Senior U.S. officials are beginning to explore proposals for punishing  or demanding financial compensation from China for its handling of the coronavirus pandemic, according to four senior administration officials with knowledge of internal planning.

The report says meetings will start today to begin mapping out a strategy and that Trump has “discussed enacting dramatic measures” that would likely lead to retaliation.

In  private, Trump and aides have discussed stripping China of its  “sovereign immunity,” aiming to enable the U.S. government or victims to sue China for damages. George Sorial, who formerly served as a top  executive at the Trump Organization and is now involved in a
class-action lawsuit against China, told The Washington Post he and  senior White House officials have discussed limiting China’s sovereign immunity. Legal experts say an attempt to limit China’s sovereign immunity would be extremely difficult to accomplish and may require Congressional legislation.

Some administration officials have also discussed having the U.S. cancel part of its debt obligations to China, two people with knowledge of internal conversations said. It was not known if the president has backed this idea.

I have been warning for awhile that any hopes of a quick recovery in markets and the economy will be dogged by the breakdown in this relationship.