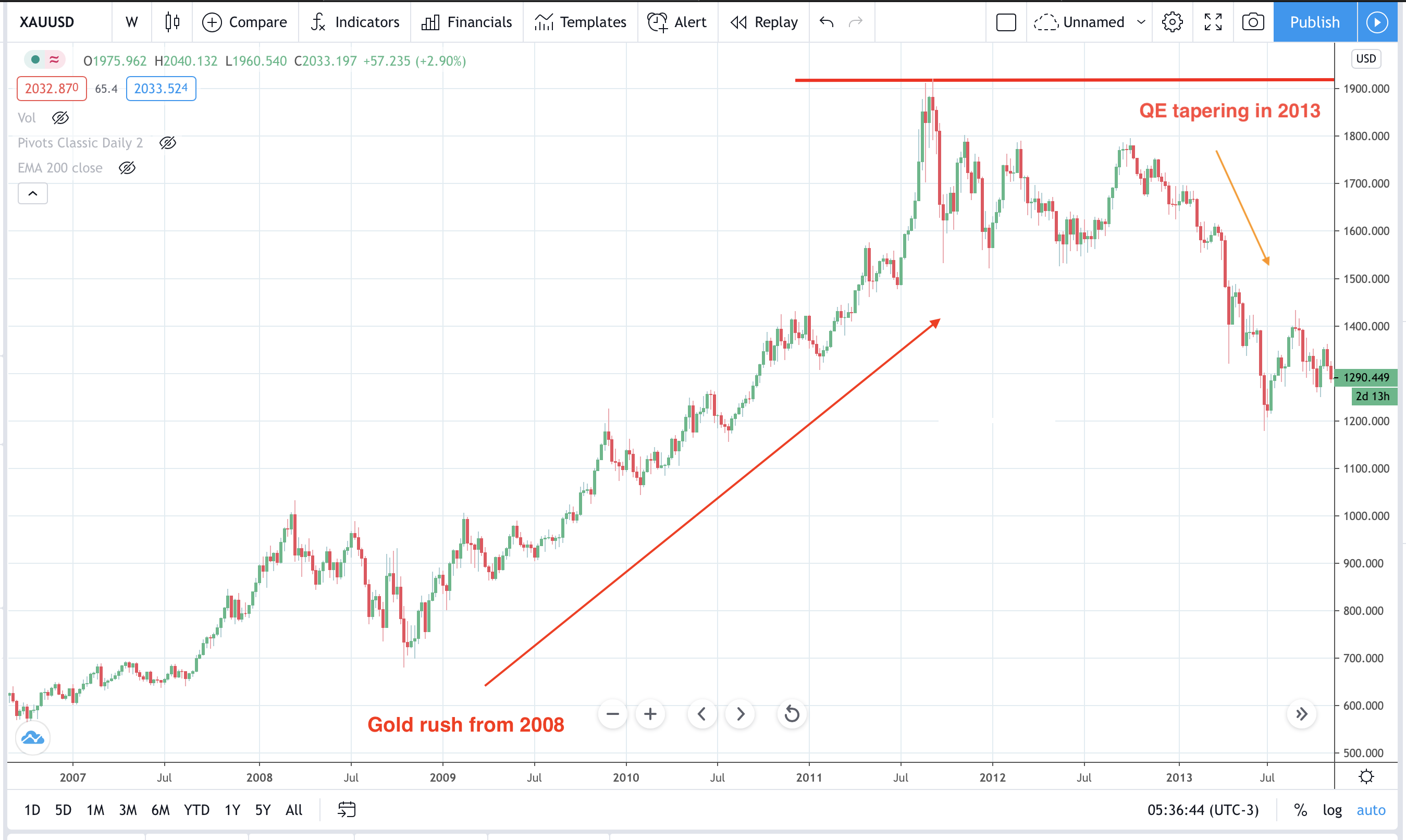 Cast your memory back to the strong run in precious metals from 2008 during the global financial crisis and you will be able to remember the strong run in price. I remember a proliferation of gold articles at the time and you couldn’t even take a trip to the shops without seeing one of those pop up shops trying to purchase spare/unwanted gold.

The google searches for the phrase ‘buy gold’ are at levels last seen in August 2011 weeks before the previous high at $1921. The number of stories with the phrase ‘gold price’ in are at the highest since 2013. The Online retailer ‘Bullion Vault’ which sells vaulted allocated metal to retail clients has seen its strongest first seven months since opening in 2005. Furthermore the demand for gold etf’s now even exceeds Germany’s official reserves.

What will stop the bull run?

Well, 2008 bull’s run was ultimately stopped by the Fed being ready to taper QE in 2013. In 2008 the fear was that QE would precipitate hyperinflation and gold is seen as the hedge against inflation. So, as long as real rates are perceived to be going down that can fuel gold and silver’s rally. The bubble burst when tapering was announced by the Fed. Will we see the same reaction this time? Yes, there will be ebbs and flows in gold and silver’s move higher, but we are now in the mania stage and it is really meaningless to pick a top target at this stage. It will take an unforeseen/unexpected event to change the rally higher right now.