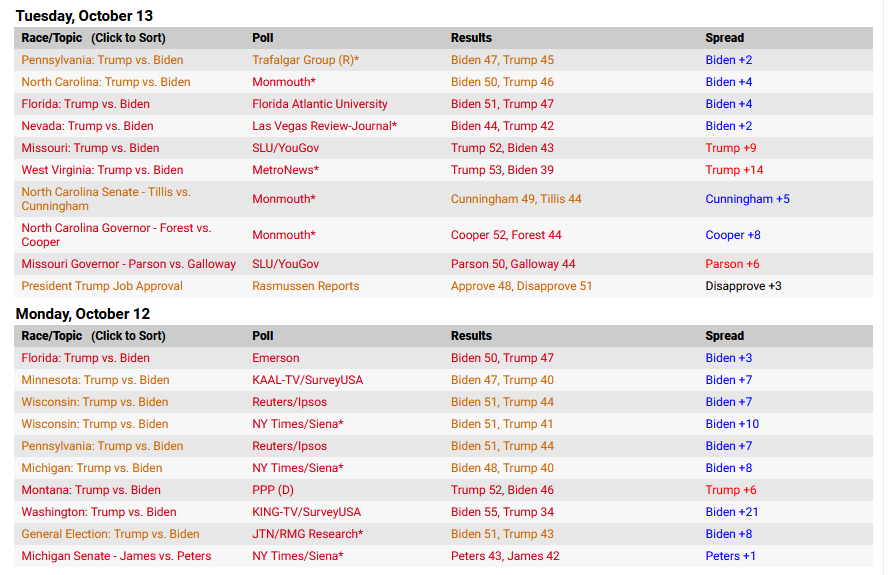 It’s bad form to write an election obituary before it happens because of the surprise the last time around but it’s tough to see anything good happening for Trump.

Here are the polls from the last two days and about the only good news in them is that James might have a chance of taking the Michigan senate seat.

I expect some kind of bump in Trump’s numbers in the next 2-3 weeks, if only because they’ve fallen so swiftly lately.

While I don’t think that will be enough to give him a real chance, it will put the Senate in play. I believe a Biden Presidency where Republicans continue to hold the Senate is the worst-case scenario for the equities, commodity currencies and emerging market currencies. It would be USD beneficial in general but not against CHF or JPY.

I think the recent gains in equities is about betting on a blue wave but I think that’s a vulnerable bet.

To add to this, a new Reuters/IPSOS poll is out and shows more of the same.