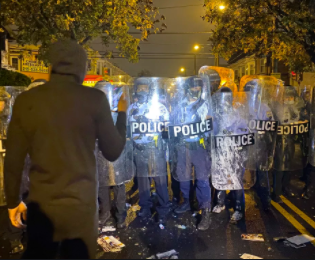 The shooting to death by police of Walter Wallace Jr. in Philadelphia has prompted protests in the city, with some accompanying violence.

The latest from the city is the mobilisation of National Guard units to address the unrest.

This is news similar to how protests were dealt with in the US over summer, only this time with a week to go until the election its of even more note.

If there is an electoral impact, and I suspect there will be, its likely to benefit the incumbent (I’m open to discussion on this in the comments, but any abuse/personal attacks on any ForexLive traders will not be tolerated). Pennsylvania is viewed as a key battleground (electorally speaking) state.