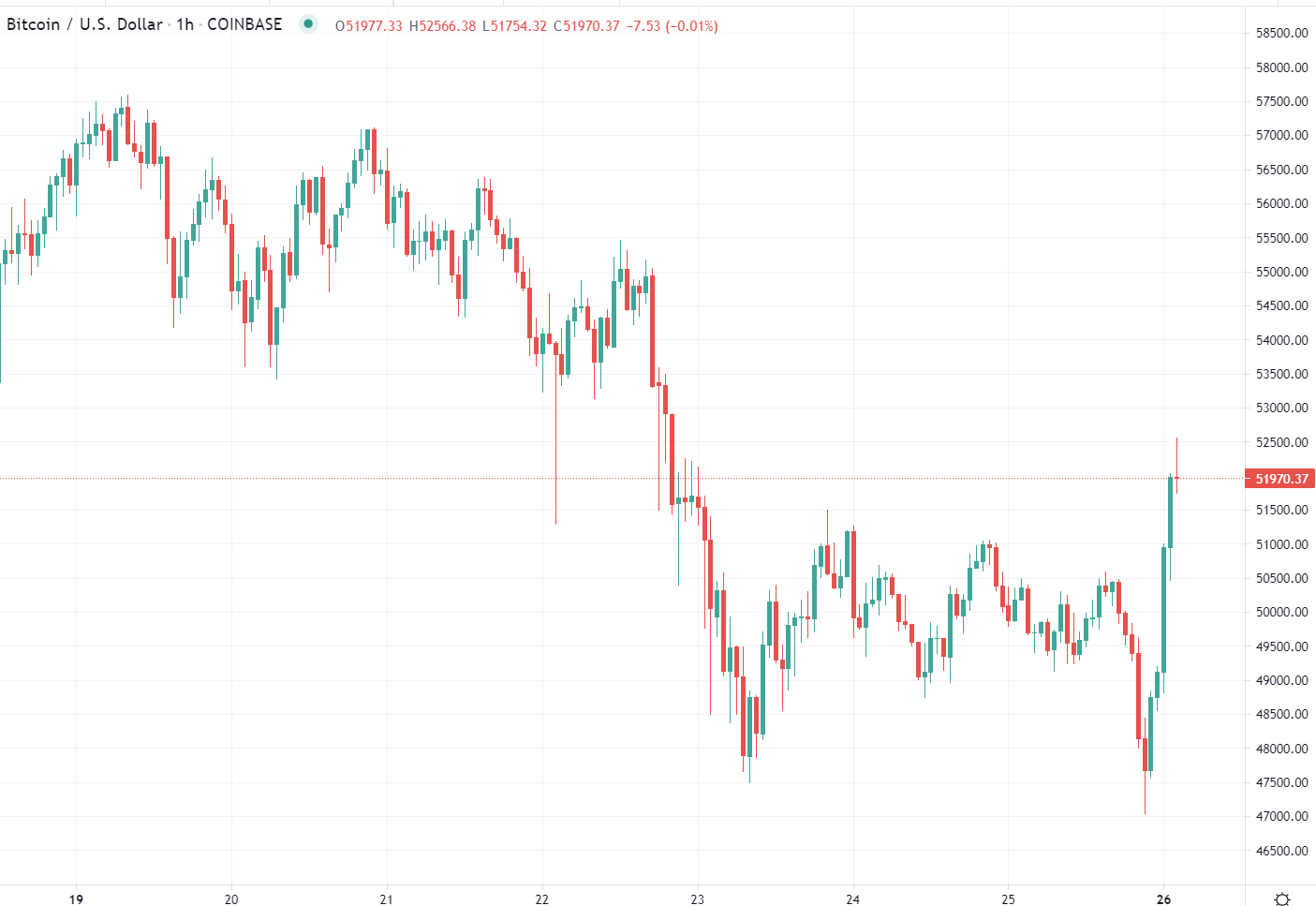 Bitcoin
saw further losses late Sunday (US time)/early Monday (Asia time)
taking it nearly as low at US$47K before bouncing to highs above
$52K. Chatter
did the round the early drop was due to a $200m sell order from a
‘China whale’. Rumours like this abound in financial markets but
if it is correct the whale looks like he may have encountered a
Japanese research fishing fleet. BTC
has not seen a bounce as big as this since its slump began in earnest
the previous weekend.

In
the forex space the moves were characterised by a weakening US
dollar, carrying on from the Friday Europe/US move. AUD, NZD, GBP,
CAD, euro, yen all benefited. News
flow was light, and data was only a higher Services PPI (March) from
Japan. AUD/USD outperformed on the session, driven partly by a
continuing surge for iron ore prices. Dalian iron ore (futures) hit a
record high (other commodity
futures were
strong also, Shanghai rebar to
a record
high also), iron ore in Singapore hit its highest since 2013.